The Cub Scout program is centered primarily in the den, the home, and the neighborhood, but often takes place in the outdoors. It leads to advancement through seven ranks, which—except for the Bobcat rank—are grade or age-based. Cub Scout dens are named for the rank, other than Bobcat and Arrow of Light, that the members are working to achieve.

Cub Scouts are eligible to earn ranks as follows:
Cub Scouts do not “go back” and work on ranks designed for earlier grade levels, even if missed due to their time of joining. Likewise, Cub Scouts do not “move ahead” to work on the next rank until the completion of the current school year (or until their next birthday if their chartered organization transitions by age), with the exception of those who earned the Webelos rank in the fourth grade. 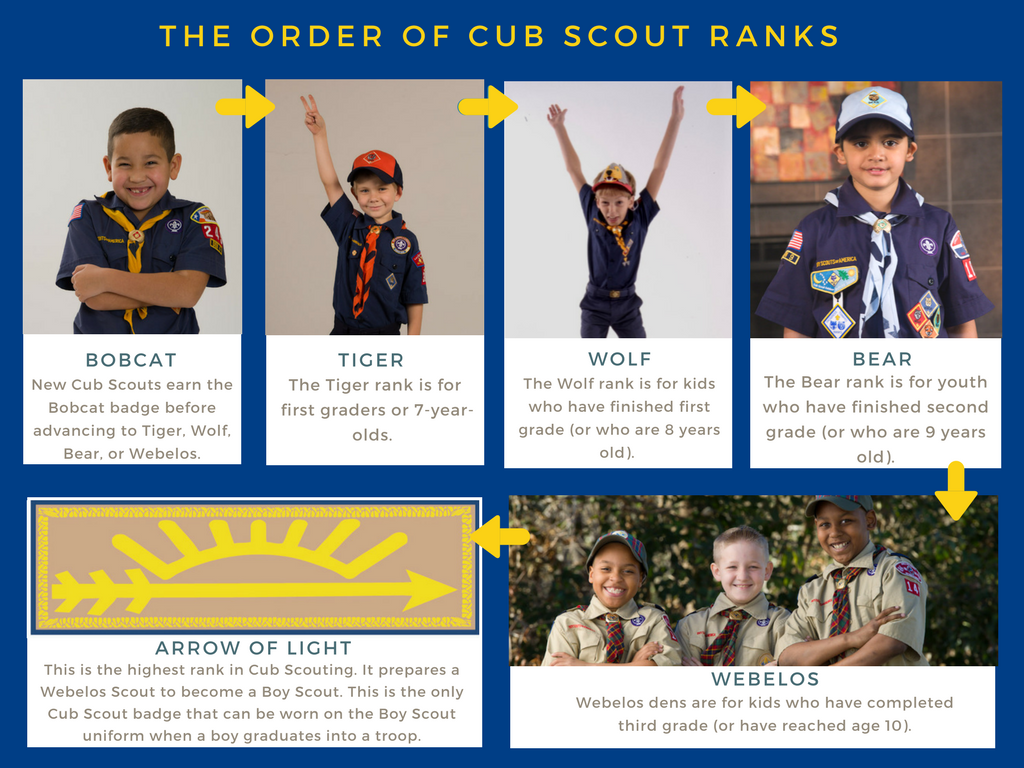 The newest rank in Cub Scouting! Youth who are kindergarten age and a parent, guardian, or other caring adult approved by the parent or guardian in accordance with BSA policy may join the Lion program. Unlike other Cub Scouts, these youth do not begin with the Bobcat rank. Like other Cub Scouts, however, they earn the Lion rank by completing adventures.

Except for Lions, all youth begin with the Bobcat rank regardless of their age when they join Cub Scouting. It involves learning about the values, signs, and symbols of the Boy Scouts of America and Cub Scouting. While working on Bobcat, a Cub Scout may work on the age- or gradeappropriate rank, but must finish Bobcat before any other rank is awarded.

For Tiger, Wolf, and Bear ranks—which are earned by Cub Scouts who have completed kindergarten, first grade, and second grade respectively (or are age 7, 8, or 9, respectively)—the youth completes several adventures as described in the youth handbooks. Most of those adventures are required and at least one is chosen from the electives available for each rank.

“Adventures” are collections of themed, multidisciplinary activities representing approximately three den meetings of engaging content. Elective and required adventures may be undertaken at the same time. As the youth finish an adventure, they are awarded a belt loop that is worn on the official Cub Scout belt. Belt loops should be presented as soon as possible. When the requirements for each rank are fulfilled, the rank badge is presented at the next pack meeting.

An adventure pin is awarded for each completed adventure. These may be worn on the Webelos colors or on the front of the Webelos cap. The youth are free to work on required and elective adventure pins at the same time. Adventure pins should be presented as soon as possible. When the requirements for the Webelos or Arrow of Light ranks are fulfilled, the rank badge is presented at the next pack meeting.

Arrow of Light is Cub Scouting’s final rank before joining Scouts BSA. Much of the experience gives a youth the chance to practice skills in preparation for becoming a Scout in Scouts BSA. Once completed, the rank should be presented during an impressive ceremony involving Scouts from a local Scout troop. Their involvement may encourage the eventual “bridging” of recipients into the troop.
​
The minimum age for a Cub Scout who has earned the Arrow of Light Award to join Scouts BSA is 10 years old. The requirements for joining Scouts BSA, as stated in the Scouts BSA Handbook, include the following: “Have completed the fifth grade and be at least 10 years old OR be at least 11 years old OR have earned the Arrow of Light Award and be at least 10 years old…” 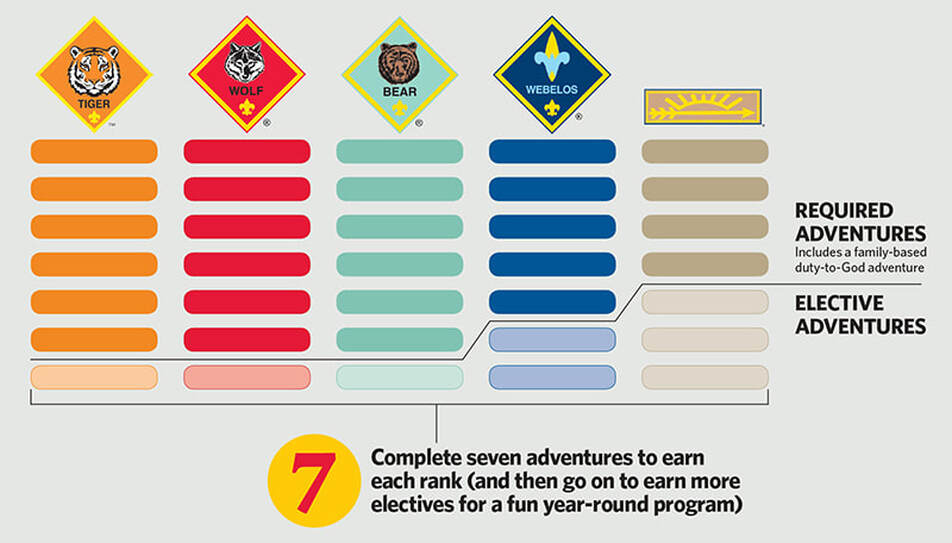 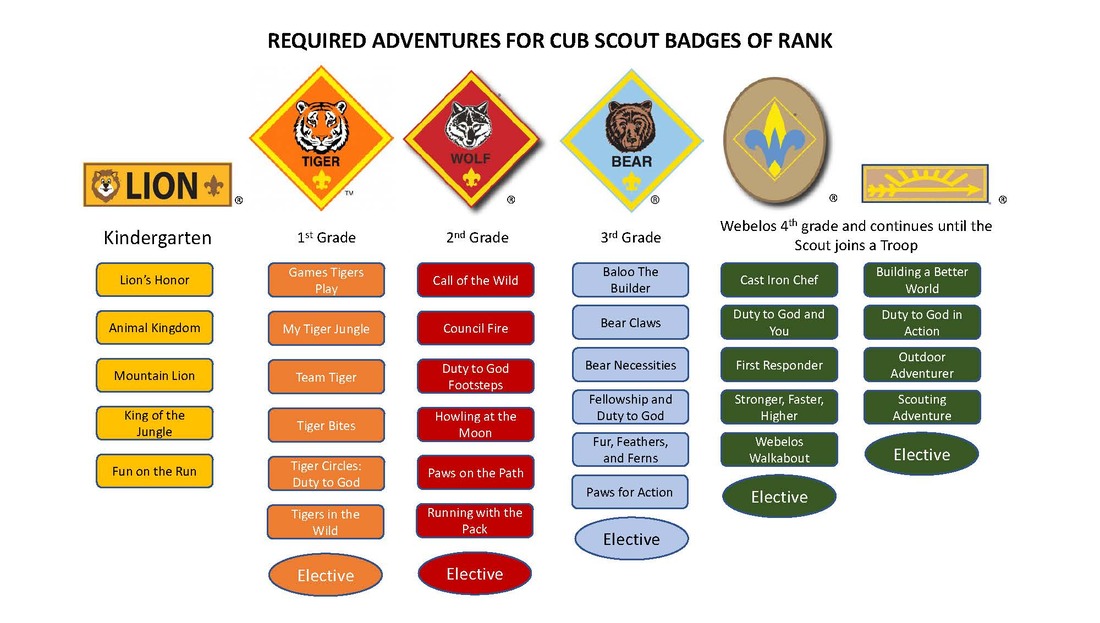